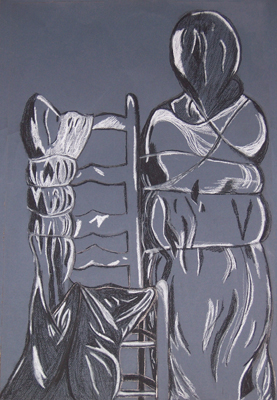 The author's comments:
This is an assignment I had to do about the French Revolution. I chose fashion, but fashion is hard to write a story about, so I made it about the summer of 1789 from the perspective of a young French seamstress
Post a comment
Submit your own

Favorite Quote:
'There was no need to clarify my finger snap, the implication was clear in the snap itself' - Magnus Bane

View profile
This is really good, the plot is interesting and I love the descriptions of the clothes. I liked the main character but found it hard to relate to her because I didn't really know how she felt at certain points in the story, so my advice would be to include more emotions. But overall I really like this story and it's well written.
IndigoElisabeth SILVER said...
on Jan. 11 2013 at 9:23 am
IndigoElisabeth SILVER, Woodbury, New Jersey
5 articles 1 photo 171 comments

Favorite Quote:
"I can do all things through Christ who strengthens me." Phillipians 4:13

Favorite Quote:
"I can do all things through Christ who strengthens me." Phillipians 4:13

View profile
It was really nice. You did well. Maybe a few things you can fix here and there, but it was really good. And check out some of my stories! Please rate them, subscribe, or comment if you can. It really means a lot and brings a smile to my face each time. Thank you so much!
Mrs. F. said...
on Jan. 5 2013 at 10:14 am
Super job!! I loved your story. Keep Writing! I can tell God is going to use you for great things.
IndigoElisabeth SILVER said...
on Jan. 4 2013 at 1:24 pm
IndigoElisabeth SILVER, Woodbury, New Jersey
5 articles 1 photo 171 comments