I cranked the wheel of the gate around until it finally opened wide. Peiro walked out first making me catch up, and grab a horse. I flung myself onto the saddle of my white stead Atlante whom peiro bought from Greece. I whistled to the horse’s ear, and felt the bumping as she dashed across the field. “Where shall we go first?” I shouted to peiro. “It depends giovane, where would they go?” Gathering what I’ve heard about the kidnappers were that they were foreigners, and could only possibly go northwards out off Italy. Then again, why would foreigners’ kidnap Madre? It didn’t make any sense. I heard peiro cut into my line of thought loudly, “mio piccolo maestro! Have you decided?!” “I suggest we go north mio amico.” I shouted back to him. He steered his horse towards the left, and took off with me and Atlante close behind.

Our horses trotted on towards the north after an hour of riding in the evening sun, and the bumping motion was forcing me to sleep. I have attempted to many times in the past hour, but could not get away with it for peiro kept up shouting in my ear. “Giovane! We’re under attack by French soldiers!” yeah, and your pants are on fire... hey lets be on the light side, if the French attacked us, I would be wide awake. The trotting formed a rhythm over time making it IMPOSSIBLE to stay alert, though peiro managed to keep me alive. Night began to fall, and so did my eyelids. We were riding for six straight hours now, and even the horse’s pace began to slow down showing its fatigue. “Perhaps we shall rest here for the night.” I agreed by falling off the horse, and snoring on the grassy earth. Peiro smirked, and laid down the animal fur beds. “Good night giovane.” He whispered in my ear when I was dropped upon my fur mattress softly.

“Up and away piccolo Liborio.” I heard above me, and so I opened my eyes slowly. I flinched as the sun rays hit me straight on, then I pushed myself up; reached down and grabbed the fur mat, and slung it back onto the horse. I suddenly realised peiro disappeared, and panicked “oh merda! He already took off!” I quickly hopped onto Atlante and urged her forward. She whinnied, startled, and galloped so fast I felt myself almost flinging off her back. I sat back into position, and gasped for air. My eyes closed in on a figure riding in front, and I quickly gained on him. My eyes opened wide in disbelief, the man was slumped on his horse. I swung myself off Atlante’s side and realised the horse belongs to peiro. “No, no, no...This can’t be...” I pulled the man off the horse, “merda... my right arm is broken.” Peiro groaned towards my face. “Thank god!” I shouted in relief. “Really!? You’re that happy!?” peiro winced just as the horse turned its head onto his arm. I laughed at his negativity, “it’s that bad? I--” “giovane! Duck!” I frowned, “its okay peiro, the foods untouched.” He brought his left arm around my waist, and dragged me to the ground. I saw the horse beside us tip, and soon, fall on us. “Agh!” giovane began to scream from the pain of his arm. I covered his mouth strongly, and was bit as his mouth closed. Our exposed feet stopped struggling telling the enemy we were dead. We waited till night fell, and the horse started to rot. We crawled out with our clothes stained in its blood. Peiro struggled to stand up, and slumped back unto the earth. I turned him onto his back and saw the arrow tip sticking out his arm. “Whoa! Peiro, are you okay?!” silence... “Peiro?!” more silence... I grabbed the arrow, and broke off the tip. I pulled the arrow out off his arm pressing a piece of my shirt on the wound. I tied the cloth around, and pulled it together, hard.

I had no choice but to return southwards, but since I would I decided to make for Venice. I ran alongside Atlante, with peiro on her back. Soon we were back in Vicenza paying for a carriage to Venice, and eventually we were sitting in the boxed space of one. Peiro was still barely conscious from his wounds. The cart’s smooth beat sent me to sleep, and when I woke we were staring at Venice’s gate. I whispered to the air. “Almost there mio zio.” My frown fixed into a joyful smile.
conclusione della parte seconda 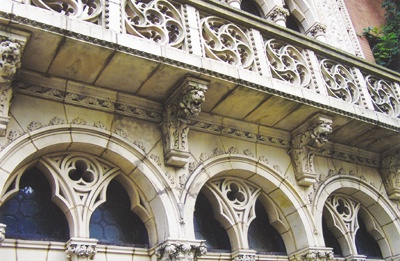 The author's comments:
the second part of the nepote di davinci collection, enjoy, and dont forget the first. ;) besure to see the third when it comes out.
Post a comment
Submit your own