A Song in the Night | Teen Ink

A Song in the Night MAG

The Christmas snow this year would be red, because wars could not stop for the holidays. Every day there would be more fighting, and the mingled blood of Germans and Englishmen would continue to stain the soil of Flanders and all of Belgium through the New Year. This war was terrible enough to end all wars, so the end of it had to be pursued with the greatest of energies.

Jim glanced behind him only once at the red-tinted fields as he heaved a wounded comrade into the safety of the trenches.

“You'll be fine,” he lied to the dying man, whose name evaded his memory at the moment. His commanding officer approached.

“You did well, Barton,” he said. Half-heartedly, Jim saluted.

“We'll care for him. You can go to your barracks.”

When Jim reached the barracks he shared with twenty-odd other men, one of them was keeping watch outside. The man stood and slightly raised the bayonet in his left hand.

“Jim?” The guard lowered his rifle. “Thank God, you're alive,” he said with palpable relief.

“Hello, Walt,” Jim said, greeting his best friend. Walter peered at him with deep-set eyes that were impossible to see in the darkness.

“What kept you?” he asked quietly. “We thought you were dead when you didn't return to the trench. I told the boys to go to sleep while I kept watch for any … any news.”

“I wasn't dead. One of our men was shot, and I carried him back to the trench,” Jim explained, not adding that it had been too late by the time they got there, but he didn't have to. Walter understood, and a shudder passed between them as they were reminded of how terrifyingly random death was in this awful war.

“Can you imagine there was a time when we never thought about dying?” Jim said, as they felt their way to their adjacent bunks.

“This time two years ago we were having our final rehearsal for the Christmas concert in church,” Walter reminded him.

“Your voice squeaked in the middle of it.”

“Smack in the middle of ‘Silent Night,'” Walter recalled rather wistfully. “And I was so embarrassed, because ‘Silent Night' has always been my favorite Christmas song.”

“You shouldn't say it's your favorite!” Jim whispered furiously, snapping Walter from the bygone days.

“Don't you realize who wrote it?”

“Corporal Walter Smith, we English have been shooting at the German lines ever since this war to end all wars began two years ago. How do you think it would look for us to fight Germans and still like them?”

Jakob knew it was winter, but nothing more. Worthless was the knowledge of month and day to those who served under Kaiser Wilhelm in this war. Time melted together into a slew of battles in the same way the snow turned to a soup of mud and slush under the slamming of a thousand soles. Flanders was not a place for dreamers.

So it was good for Jakob that he didn't really believe in miracles. He hadn't enlisted to fight for Germany because he wanted to vanquish the English from the face of the earth. He had joined because they had already begun drafting men, and sooner or later he would have been forced into the war. Jakob was the kind of person who liked to do things on his own terms.

The amber sun was rising as he crunched over the fresh sheet of snow. He was a young man, dark-haired, his eyes pensive and calculating under eyebrows slanted in a valley across his forehead. Once a mild-mannered musician, his features were now set in a stern countenance more often found on older faces. Fighting had hardened him.

Jakob lowered himself into the pit.

“Ja, the same to you,” he told Karl, the private who'd greeted him. “Even though there's nothing good about it.”

“How do you know?” Karl asked. “Maybe it is the day the English surrender and we do not have to fight anymore.” The other men in the trench rolled their eyes at the young private, a green recruit full of foolish optimism and German pride that the others had long exhausted.

Jakob snorted. “You want victory? You're looking in the wrong place, private.”

“Try France,” called another man who sat hunched against the earth. “I heard our men are making better progress there than in this verflucht place … what do they call it? Flanders.”

“Think about it,” Karl pressed. “When was the last time you heard silence? We have been fighting the English and French since 1914, when the Archduke was shot.”

“Well, it must end some time, do you not think? Some day they will get tired of fighting. They will want to stop and listen to something other than bullets.”

Amid the roar of the fighting, Jim saw Walter go down. In one second he was out of the trench and at his best friend's side. There simply couldn't be a red stain spreading across the front of Walter's khaki uniform. It must be a terrible dream.

The same thought seemed to have occurred to Walter.

“It's Christmas Eve,” he croaked.

“No … no.” Jim felt the tears sliding down his face. “Walt, listen to me. You're going to live. You're going to be fine.” But Walter's eyes would not focus on him. They were looking up into the heavens, as though the Star of Bethlehem itself had caught his eye.

“Just hang on, you'll be fine,” Jim choked. He brushed impatiently at the burning wetness in his eyes and made an attempt to help his friend up. He would not let Walter die like the man the previous day. But Jim's friend stayed put, the blood from his wound continuing to stain his front a sickly red. His hand gripped Jim's sleeve with surprising insistence.

Walter drew in a breath, and when he opened his mouth, out came the first notes of his favorite Christmas carol.

Around them, the battle raged. But in that moment, for Jim, there was nothing in the world except the exquisite sound of his best friend's voice. His heart faltered. Then his voice blended with Walter's, holding the note for him. And together, as they had done for years, they began to sing.

“Jakob!” A hand shook his shoulder.

“What do you think you're doing?” he demanded.

“Listen!” Karl yelled above the thunder of rifles. “It is Weihnachten! Christmas!”

Jakob strained his ears. And then he heard something he had not heard in a long time. A voice raised in song. The words were in another language, but he faintly recognized the melody.

“‘Stille Nacht,'” Karl said. “The song by Franz Gruber. They are singing it! They do not hate Germans entirely!”

But Jakob barely registered what Karl was saying. He was listening hard, straining his ears to hear the music. Then he was humming along, and then he remembered – and suddenly he was singing “Silent Night” in his own tongue, his voice lifting above the noise of the fighting.

Around him, men lowered their rifles and stared. Friend and foe paused in their battles and stood listening quietly. They heard two men singing – one in English, one in German – the same song of hope for peace on Earth.

And for one blessed moment, until the last strains of the song curled up into the starry sky, there was silence in the night. 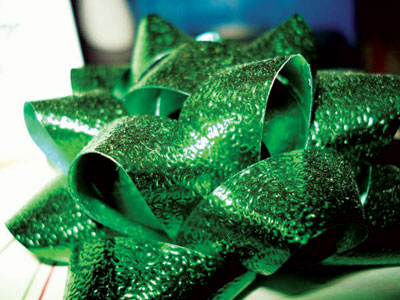 This article has 48 comments.

Favorite Quote:
"You don't really suppose, do you, that all your adventures and escapes were managed by mere luck, just for your sole benefit? You are a very fine person, Mr. Baggins, and I am very fond of you; but you are only quite a little fellow in a wide world."

Favorite Quote:
"Be not afraid of life. Believe that life is worth living, and your belief will help create the fact." ~William James

View profile
If only these transcendent moments would occur more often in real life. Thank you for sharing this.
surfergirl888 said...
on Jun. 27 2014 at 2:04 am
I love this story because it reminds people that everyones human, young or old, tall or short, German or English. Thankyou!!
BiancaWebber SILVER said...
on Jul. 25 2013 at 12:17 pm
BiancaWebber SILVER, Bondurant, Iowa
7 articles 0 photos 3 comments