The Journey to the Beginning | Teen Ink

The Journey to the Beginning

I have seen one of the biggest historical events. It was a long journey to get there, but it was well worth it. I will now tell you of this journey…to meet the Savior.

I could not sleep that night. I felt something was coming. And it was going to be important. I went out into my garden to look at the stars. I saw millions of them, bright and glowing. Then, a star suddenly became so bright I could hardly look at it. When I saw it seemed to be coming from the west, I ran into my study, where I found a book about the stars. In the back were legends and prophecies. I found one stating:

“For upon one night a king will be born into the world. And upon this day a star will shine throughout the sky. This king will be the king of the Jews. He will save us all from the threats of evil.”

“This must have happened. I must go and worship this king. But where is He? I will go to Jerusalem to see if King Herod knows where He is,” I said. When my things were in order, I left immediately.


I arrived at Jerusalem three weeks later. I went straight to King Herod’s throne room. I was surprised to see two other kings there. They had also come to find the king of the Jews. When we asked Herod where the King of the Jews was, he looked very upset. He sent us away and asked to talk to his chief priests. We waited for what seemed like hours. But we spent our time talking about where we are from.

Finally, Herod asked us to see him. He said that his chief priests believed that the king of the Jews will be born in the town of Bethlehem.

He asked us one thing before we left. “When you find this King, I wish you to come back here and tell me whether he is truly in Bethlehem. For I, too, wish to worship him.”

We said that it would be done. I was very suspicious about if Herod really wanted to worship this king. The kings and I traveled together until we came back to Jerusalem. And so we departed Jerusalem, the kings riding their camel and horse, and I on my elephant.

On this part of my journey, I noticed many things. The star seemed to move with us. Amazingly, the star shone all through the day and night. The star was almost as bright as the sun. When we had seen Bethlehem from a large overlook, I was surprised. The towns that we had gone through were much smaller. I heard that there were many inns there, too. As we walked through the streets, I noticed that there were many people sleeping.

I went to the first inn and asked if there was any room. “No I am sorry there is no room,” he said.

“Don’t bother. There is no more room in all the inns.”

“Yes. That is why all these people are sleeping on the streets.”

“Why is everyone here?”

“Emperor Augustus ordered a census to be taken for his empire. The men have to take their families to their birthplace to get counted. But there are more people. They are just looking at their new king. That’s probably why you are here.”

“Yes. I am here with two other kings. Where is He?”

“Down by the stables. You will know when you see a stable with lots of people. Or you can just follow the star.” He pointed to the star.

I said thank you and went toward the star.

There was a field filled with stables. Many sheep were roaming around. There was one stable with so many people all looking into it. Many people had camped out there last night.

My elephant let out a loud noise. No one had ever seen an elephant, so they were startled. The children were scared, but their mothers protected them. As soon as I got off my elephant, the children swarmed asking all about it. I answered their questions and said that after I met the king, I would give them rides on him. They all got excited and split the crowd in two so we get through to the babe.

When the people saw that we were kings, they let us through. I got my gift and went in to see the babe. We then saw the little king. He was sleeping in a manger and wrapped in swaddling clothes. One king, who was from Egypt, gave gold. The other, who was from China, gave myrrh. And I, from India, gave frankincense.

Mary, the mother, and Joseph, the father, were surprised to see us. They were even more surprised when they saw the gifts we brought.

They asked us, “Why do come from so far away just to see a babe?”

I said, “For we have seen the star from afar, and we have come to worship the king of the Jews.”

They were very grateful for the gifts. The other kings left to get ready for the night, but I stayed behind, and asked to hold the king of the Jews.

“Well, I guess that He likes you.” Joseph said.

“What shall I call this King?”

They told me his name was Jesus. I said it was a grand name. I gave back Jesus and excused myself. I had to go and give the children all rides on my elephant.

That night I had a dream. I heard the giggling of the children and saw the children playing on my elephant. There was a man next to me. He had wings but he was not floating. He must have been one of God’s angels, who were sent down to earth.

He said, “Would not the world be lonely without the joys of children? The children need some one to guide them. Where would I find a man as such?”

Then he looked at me.

“Surely you do not mean me; for I do not even live here.” I said to the man.

“Oh no. Not you. But you do matter that this man will live.”

“Why he is Jesus. He will lead these children. But to let Him live you must not go back to Herod and tell him where Jesus is. For this is what the children will be like without Him.”

Then the scenery changed, and I saw the children throwing rocks at my elephant. I then woke up. I looked for my elephant. He was sleeping soundly under a tree. I noticed I was not the only one awake. The other kings had made a fire and had noticed me. They invited me over to sit. They asked if I had also had a dream. When I said yes, they explained their dreams to me. They were alike in a way. They all had an angel speaking to them, and they all told them that we were not to go to King Herod. My dream told why. We decided to leave the very next morning.

I was sad to leave Jesus. I had only spent a day with Him. Mary and Joseph were sad to see us leave. They thanked us again for the gifts. Before we left the field, all the children came up to say goodbye to my elephant. They walked us through Bethlehem. When we got to the gate, the children started crying. They did not want to forget my elephant. I had an idea. I gave them a book about India. I told them that they had to share it because I only had one copy. They thanked me and started looking through it. Before the kings and I went our seperate ways, they told me that I was a very kind man. Then we said goodbye forever.

My journey had come to an end. I never saw any of those people again. That night I saw the star appear, I knew something was going to happen. That night, a great truth came to the earth once and for all! 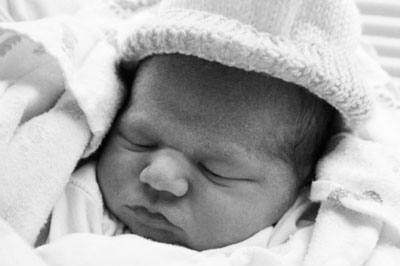