The Vargas Brothers and the Leaning Tower of Pisa | Teen Ink

The Vargas Brothers and the Leaning Tower of Pisa

Lovino Vargas did something he rarely did out of sincerity.

He grinned down at the blueprints clutched in his hands, admiring his work. It had taken him days to come up with the idea itself. It took him months to draw out the plans and get enough workers who were willing to get the job done.

His moment of glee was interrupted by the sound of his younger brother, Veneziano, calling for him.

Lovino winced and hid the plans behind his back. “What is it, Veneziano?”

The excited little Italian bounced up and down in front of his big brother.

“I just-a made a HUGE bowl of pasta today and I was-a wondering if you wanted to come over something and eat with us!”

“Oh, yeah! I made the pasta over at Germany’s house because I ran out of sauce and he had some and he let me cook in his kitchen!”

Lovino closed his eyes and counted to ten silently. Of course, Veneziano would do this. He is friends with the enemy! How could he be so…so…!!!

Lovino growled. “IS THAT ALL-A YOU CAME-A TO TELL ME? YOU’RE-A WASTING MY TIME, IMBROGLAIRE!” he shouted.

All the yelling in the world couldn’t dampen Veneziano’s spirit. He noticed a flash of blue behind his brother’s back.

“What’s that, fratello?” he asked.

Lovino blushed and his grip tightened on the blueprints. “It’s nothing. Now go away and leave me alone, okay?”

Veneziano made a move to grab whatever his brother was hiding. But before his fingers could close around the object, he felt a sudden pain as his hair curl became entangled with his twin’s. Lovino dropped the blueprints.

They both yelped in pain, struggling desperately to untangle the mess. Finally, with a quick head butt, they freed themselves.

Veneziano wasted no time in bending down and scooping up the plans, eyeing them curiously. Lovino let his brother look over it. The secret wasn’t a secret anymore anyway.

“Cool!” Veneziano exclaimed. “When are you going to start-a work on this, big brother?”

“Tomorrow if the weather is good,”

Lovino sighed. “No, Veneziano. We all know you have a bad habit of-a messing things up. I’m not-a letting you anywhere near this thing until it’s-a completed. Don’t even think about it.”

Veneziano’s eyes widened and he bowed his head, his face falling. Lovino scowled.

“That innocent puppy face act may work on your German friend but you’re-a not getting me!”

Veneziano continued to gaze at the flow, truly a picture of sorrow and woe.

“No! I’m-a a not even going to think about it! Stop it right now, you little…!” Lovino ground his teeth silently, refusing to give in. After a few seconds of silence, he nodded. “Alright. You can help,”

He stepped forward and waved a finger in his brother’s face. “But if you mess-a this up, it’ll be on-a your head! I won’t ever talk to you again, understood?”

Veneziano hadn’t let his brother near the construction site for nearly five months. He wanted it to be a surprise. He knew he could prove himself to anyone he wanted to. He just hadn’t felt like it until now.

“Okay,” he said, his hands on his brother’s shoulders. “Take off your blindfold and-a open your eyes, fratello!”

Lovino tore off his blindfold and stared in awe at the magnificent structure. He did it. His brother had really done it!

“I made it especially for you! Oh! And this!” Veneziano whipped out a bowl of pasta. He handed it to his brother and smiled. Lovino was still gaping at the tower before him.

Before either of them could say anything, the ground beneath their feet shook. It soon escalated into an earthquake! The twins held on to each other for support and the bowl of pasta fell from Lovino’s hands. Veneziano whimpered. The two closed their eyes tightly, waiting for the earthquake to pass.

A few minutes later, the shaking ceased and the brothers opened their eyes. Lovino growled, seeing the tower before him leaning slightly.

“Veneziano…” he began, his voice trembling with anger.

“Did you remember the foundation?”

“Ooooh! Nope! I didn’t know this one needed it and we were too tired to dig!”

Veneziano was smiling to broadly and was so lost in his own happiness that he hardly saw his brother lunge at him. 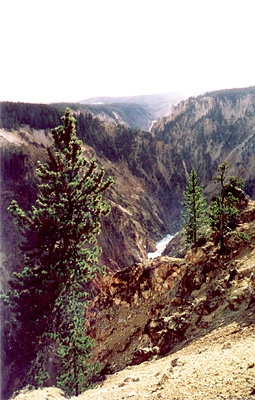 Favorite Quote:
Ironically, dreams are what drives our reality." - myself

Favorite Quote:
"I can't help being a gorgeous fiend... it's just the card I drew."
~ Lestat

Favorite Quote:
"I can't help being a gorgeous fiend... it's just the card I drew."
~ Lestat

Favorite Quote:
"I have great confidence in fools, my friends call it self-confidence."