I remember the day you asked me out, a frozen Friday in early January. There I was, milling in the halls after school with my best friends Jill and Phoebe, planning where to go next, wearing the green shirt that said “Don’t call me cute” with black skinny jeans, a Yankees sweatshirt tied casually around my waist, and my favorite pair of purple Converse. I remember the way you walked up to me, smoothly, enhanced with the hint of a swagger, a cocky grin spread across your not-yet-faded-tan face, the face I admired from afar.

You know, I can still remember the way Phoebe’s French manicure dug into my left arm as she saw you coming. “Oh my God,” her high voice breathed into my ear. ”He’s coming this way!” That did not help control the shaking of my knees.

I remember the way only Jill held her composure, asked you what’s up. I remember how you never took your eyes off of my face, watching it redden, even as she talked to you. I remember how I envied her, the way I wished I could imitate her behavior, except for the small problem that my tongue was tied in never-ending roller coaster tangles.

My memory of the way you said, “Girls, do you mind if I talk to Eliza alone for a moment?”, drawling out the word alone in your voice that seemed like melting milk chocolate is still crystal clear, making me feel like my body was just going to collapse in a muddle on the floor. And then the way my friends left, Phoebe giggling like an insane person, and Jill giving me a subtle wink accompanied by the “call me” sign. I remember the way you trapped me with your arms, forcing me to look directly in your soft, light gray eyes that I adored.

“What are you doing Saturday night?” you wanted to know, your voice quiet. You smelled of oranges and peppermint, two of my favorite smells.

I remember the way my brain was whirring, the fact that you were so close was dizzying my senses. “Er, um, well, nothing,” I mumbled back then.

“Good. Then dinner at Vivaldi’s? Seven?” you asked, arching one eyebrow, a trick I had never gotten the hang of. I remember the way I nodded. Twice, one to answer, and another to shake my head clear of this daydream I had accidently stumbled upon.

“It’s set then,” you said, releasing me. “And since you specifically asked not to call you ‘cute’, I suppose I’ll just have to call you beautiful.”

I remember the feeling of elation when Jill and Phoebe called me later, begging to know the details, dying to find out what I was going to wear. I remember the way they raced to my house in Jill’s older sister’s car, and drove as quickly as was legally allowed to the mall. The way they hit only the designer stores, practically robbing each store of whatever it had, demanding me to try everything on right that instant, and critiquing like crazy on whatever I was wearing is still etched in my mind.

I remember the agonizing speed of the clock on Saturday. The hands barely seemed to move. I remember the electric thrill running through as the doorbell ring echoed through the house, pleading my three younger siblings to act halfway decent, repeatedly reminding my parents to not overload the poor boy with a million questions.

The introductions are a haze, but I do remember being remotely pleased with them. I certainly do remember the car ride to Vivaldi’s, rock music on loud, my hair streaming in the breeze, you telling corny jokes that were cracking me up like anything.

The food was fantastic at Vivaldi’s, as I remember. But I also recall that I found you to be the most enjoyable thing there. The way we talked, really talked and had an actual conversation, I mean, was mesmerizing. Then you drove me home, the car ride just as fun, except now you had put in a country CD, and we were trying to trounce each other with riddles.

Somehow, I don’t remember how the rest of our time together went. The same old deal, I think, except with advantages. Being your girlfriend was a start ticket to the In Crowd. New people liked me, new people hung out with me. I found new friends, including those who happened to be on first name bases with celebrities and fashionistas.
The last date I do remember, though.

I remember sensing something wrong. Not exactly from you, you acted normal as always. But there was just something that my sixth sense was nagging me about. Something just wasn’t right. I remember the anxious way you asked me if everything was alright, and the slightly dazed manner I replied to you that everything was absolutely fine.

My suspicion had been confirmed the next day at school. I remember the way I felt when I was dropped on the steps by my best friend, the head cheerleader, in fact, Connie, and found you making out with the most popular, prettiest girl in the school, Faith. My stomach fell somewhere to the level where the plant seeds were, and everything seemed to be going black.

“Eliza?” you said, startled, as you disengaged yourself from her embrace.

I remember the way I turned and ran to the bathroom, crying my eyes out. I remember that it had been Jill who’d found me during second period, lip gloss wiped off, mascara smudged.

“I heard,” she informed me curtly. We were no longer the best of friends since I’d started you. Connie had replaced her and Phoebe. Then, taking in the broken expression on my face, she put a comforting arm around me, and lead me to Chemistry class.

I remember Connie thoroughly ignoring me for the rest of the day, Jill insisting on driving me home, Phoebe looking disgusted when Jill informed her that I was sleeping over, but reconciled as I cried half the night on both their shoulders. Phoebe ranted, raved, and talked trash about you and Faith, while Jill planned elaborate pranks to pull on the both of you. They both accepted my apologizes for forgetting them for the last four months.

“We knew you two wouldn’t last, anyway. It really was only a matter of time,” Phoebe assured me.

I remember the way I strode throughout the halls the next day, ignoring you, Faith, and everyone else in your posse. Phoebe’s words kept echoing through my head and gave me strength. We knew you two wouldn’t last, anyway. She’d been right. We really weren’t meant for each other.

I remember the tiny pinpricks of hurt I felt when I saw you two together, but there was no major wound. I had Jill and Phoebe, and they were all I needed.

I’m remembering all of this as you saunter up to me again, for the second time in my life.

“Vivaldi’s at seven tomorrow, Eliza?” you offer, which I know is really your way of saying, “I’m a pathetic fool who’s been recently dumped by Faith, and really need something to do, so I’m asking an ex-girlfriend I cheated on to take me back.”

I’m half tempted to slap you accompanied by a, “Take that, loser,” but I’m not a vile person like you. Instead, I laugh in your face, and go over to where Jill and Phoebe are watching intently, throwing my arms around my girls. Phoebe gives me a high five and shouts, “You go girl!” Jill, however, has other ideas, and yells, “Adiós, estúpido!” All of us are in hysterics.

I remember, but you know what? I think now I’m rather inclined to forget. 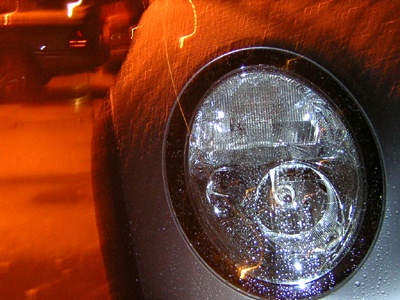 View profile
I'll definitely do that, and I'm going to start the second version now. Poor guy. I feel bad that I'm going to kill him, but, hey, a writer's got to do what a writer's got to do. ;)
liltrinhle SILVER said...
on Aug. 11 2009 at 9:07 pm
liltrinhle SILVER, Raleigh, North Carolina
8 articles 6 photos 37 comments
View profile
:) you're welcome! let me know when you do, I&#39d like to read it. I just finished a story, and when it's posted on here, please let me know what you think :)
unearthlyhaphazard GOLD said...
on Aug. 11 2009 at 2:14 pm
unearthlyhaphazard GOLD, N/A, New York
15 articles 0 photos 176 comments

View profile
Thanks, tenderheartx3! I get what you're saying, and maybe I'll post another version with the idea you gave me, since I can't do anything to the one you commented on. But thanks a million for the comments!
liltrinhle SILVER said...
on Aug. 11 2009 at 10:36 am
liltrinhle SILVER, Raleigh, North Carolina
8 articles 6 photos 37 comments
View profile
Overall, I like this story, a lot. It was a well written story. But you made it so happy in the beginning, and it was a lot of disappointment in the end. I'm not sure if this was meant this way, I just thought the story would be so much better if it has a different ending like the guy dying. But overall, I like it.