Rayne felt the rain assault her face. Drops of madness. She eyed the grey clouds above, then a sudden flash. Lightning. Thunder attacked her ears, never stopping, hitting until it hurt. Thunder thunder thunder. Then she stared down at the rocky cliff she sat on. And ahead, to the cliff and churning grey waters below.

She slowly walked to the edge and looked over, each soft footfall louder than the rain, louder than the thunder. The steps were thunder. The steps were as silent as death. Step after step, agonizingly slow, terrifyingly fast. Maddening. They stopped as she arrived and looked over. Then up at the chaos. Then back and the chaos. Then forward. The churning waters were unknown. They could be safety, calm, quiet.

She took another step. It made no sound, it didn't even make silence. Wind whistled in her ears as she fell. Then she woke from her thoughts for a brief, final moment. She had plunged. She closed her eyes, sighed, and collided with the insanity. Then she let go and left her mind. Insanity swept like a wave to take her place. 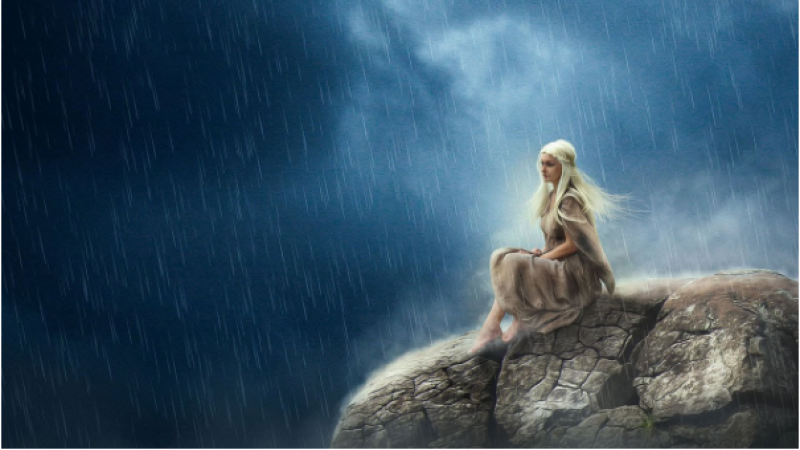 she wasn't dreaming or anything, it was all just a metaphor.