Who reads the ending of a book before the beginning? If you raised your hand I will pretend I didn’t see and come back for you later. The point is, no one does.

I can see you looking at me incredulously, and saying but then what’s the reason for this? You point blatantly to the heading of this page. Well my dear reader, sometimes the ending is a better way to start the beginning. That’s the mystery of it all, isn’t it?

Imagine if it worked that way in life. How our lives would be different if we could see how it all ended. But then, what would be the adventure?

If you are confused and scratching your head just bare with me, and don’t worry there aren’t any spoilers here. You actually have to read the story to find out what happens.


It was a cold December evening in New York. The air and sky were grey, and people bustled along the sidewalks in puffy grey, black, and brown parkas. I drew my own shiny red jacket tighter around myself to ward off the chill. My head was down to keep the frozen wind from lashing my eyes, as I hurried home in the fading light. A few tiny snowflakes began to fall, not even melting when they hit my jacket, because of the cold. They dotted the windshields of passing cars, prompting the dormant windshield wipers into motion.

Visions of hot soup and possibly a cup of licorice tea to wrap my numb, glove coated fingers around, captured my mind, spurring my dull trudge to a slightly faster pace. I might even have some saltines to go with a can of clam chowder.

Smiling at the thought of my apartment heater’s warmth, I almost missed the familiar face that flashed my way in the jostling crowd. For a moment I thought it was a mistake, because of all the other scarf covered faces in the dull twilight. But there was no possible way anyone else on the planet could possibly own that flagrant of an emerald green coat, and have it perfectly match their skin tone. She always seemed to look good in everything.

It was Mila. I was absolutely positive. I hadn’t seen her since- since a passage of time long since passed. We had been friends-still were- but had lost contact after that last- well, a long time ago.

We didn’t acknowledge each other until we were within a foot of one another. When we looked up, our gazes met without hesitation, her electric green eyes to my stormy blue. Without breaking eye contact, our hands started a sequence, familiar, even after so many years of neglect.

We grasped each others right forearm, the red and green a wonderful spectacle in the dull grays and browns. Our coats rustled as we gave six deep pumps, a glint shown in her eyes as we both remembered where that had come from. Oh Mr. Cox, you overly enthusiastic man.

Then keeping our right forearms locked, we repeated the process with our left side. Next we completely disconnected our arms, and brought our right knees to tap twice, a symbol of our- former profession.Then our left fists bumped as we held our right knees in place, our stares never wavering. There was a slight smile peeking on the corners of both our mouths. Nothing was funny about who we used to be, yet everything was.

Next we came down out of the position we were holding. Neither of us had blinked yet, even with the frigid wind whistling around us. Our right hands slapped back and front, as we simultaneously did the same with our left hands. The smacking sounds brought me back to the thousands of times we’d done this in greeting before, a sort of code between our- team mates. This had also been the way we sealed deals.

Finally we touched our left thumbs, spitting in our right hands, and slapping them together over our thumbs. Then we nodded, with a respect we’d once been to young for, passing between us.

We turned and walked away, not a single word or backwards glance given. 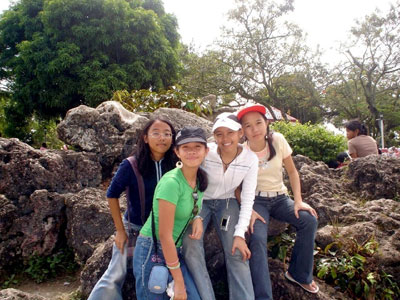 The author's comments:
I came up with this beginning to a book after one of my friends and I came up with an AWESOME handshake! Please rate and comment, it's really appreciated! This is one of my first attempts at writing a book
Post a comment
Submit your own

Favorite Quote:
" a shattered world is only an opening into a new beginning with laughs, smiles, and love all around enter the world of the light and away from the broken darkness"

View profile
I'm sorry to say but i could get into it after the first couple sentences i could read more maybe if you try to spice up the first to draw you in other than that it was all good
LifesIllusion BRONZE said...
on Nov. 25 2011 at 7:46 pm
LifesIllusion BRONZE, Cicero, Indiana
4 articles 0 photos 127 comments

Favorite Quote:
"Don't let your fears slow you down. Instead, chase them down and beat them."