I threw open the window and clambered out into the cold night air. It was starting to snow again. My heart was thudding- I heard running feet, a barking dog somewhere. It sounded like the whole compound was on alert. I balanced on the second story windowsill, frantically trying to figure out what I’d done wrong.

Was there maybe an alarm when I opened the safe? I hadn’t noticed anything unusual. A camera I’d missed? Maybe I’d been seen by a guard… Whatever had happened, the entire compound was on alert. And I was scared. Some jobs, if you mess up, you lose the haul. Other times, making a mistake gets you arrested. Here, dealing with Aaron Redjak- I’d probably end up dead.

Why had I come here, then? I didn’t know him personally- but then, he didn’t know me personally either, and he’d managed to dispose of my most steady source of income. The least I could do was relieve him of a keepsake or two. At this moment, though, the thought of revenge had dramatically lost its appeal.

Below me was a small alley between the house and a second building- the garage, I thought. It was all lit from a point right below me; there must have been a lamp there. I didn’t dare go back inside, but there was nothing nearby to climb to the ground. I shifted nervously, glancing down, gauging the distance. I could probably get-

There was someone there. I shrank against the window, hoping to remain unseen. He sprinted around the corner and pressed himself against the wall as his eyes darted back. He was hiding too?

Maybe I hadn’t done anything wrong, after all. Could the alarm be for him? No wonder I couldn’t think of a mistake. I wondered detachedly what he’d done- but it didn’t matter. I had to-

Someone suddenly stepped out from under me and I nearly had a heart attack. I hadn’t realized there was a door underneath me; I gripped the brickwork tightly to keep from falling with surprise. The newcomer moved out from the wall and I recognized him- my gut jerked. It was Redjak, and he had a gun. “Carl Listenger,” he announced matter-of-factly.

The other man whirled around and froze. The barrel was pointed at his chest.

“Did you really think you could get away?” asked Redjak conversationally. “It was a bad idea to go against me, Listenger. A very bad idea.”

Listenger snarled. “I wasn’t about to let you get away with it. You had to have seen this coming.”

I didn’t know him, and yet I couldn’t help but sympathize- if only because we had a common enemy. I couldn’t shake a foreboding feeling…

“I did,” replied Redjak promptly, “and prepared accordingly. You’re caught, aren’t you?”

Listenger had no reply for that. His breath was coming in short bursts- I could see the puffs of steam.

“Did you even get the disk you wanted?”

Listenger looked up. “Yes. Your security was pathetic.” Was this guy a rival? Or was he law enforcement? Investigating the source of Redjak’s wealth, possibly- everyone in the underworld had heard the rumors.

“Mister Concorde isn’t about to get ahold of it, though,” replied Redjak with a smile. “You’re not going to get a chance.”

“Are you really that scared of Adrian?” Adrian Concorde… the name didn’t sound familiar. A partner? Friend? Superior? I was breathing fast. My hands were getting numb.

“I’m not afraid of him- I’m concerned about him with that disk. You know it could ruin me- did you really think I’d just let you walk out of here?”

“Why on earth do you think I wanted it in the first place? You’re a menace to society, Redjak. We would all be a lot better off with you out of the way.”
Redjak smiled coldly. “Unfortunately for ‘you all’, I don’t plan on going anywhere for a while. Have you given any more thought to my offer?”
“Over my dead body,” Listenger snapped.
His opponent tilted his head slightly. “I’m glad we’re in agreement, then.” He seemed to be under the impression he’d said something clever.
I was frozen to the window, dry mouthed and very cold.
Redjak flicked the safety off. “Anything to say? Last words?”
Listenger stiffened. “It isn’t over, %$#@.”
“Maybe not for me,” Redjak admitted. “But you…” As his finger tightened on the trigger, Listenger did the only thing he could- met his eyes, stood tall, and bared his teeth.

The shot echoed. He fell. I looked away instinctively, covering my mouth to keep from making a noise. Goosebumps roared out along my whole body and I felt slightly sick.

When I glanced back, I realized something even worse. Redjak must have caught my movement- he had turned and was staring straight up at me. My pulse skyrocketed, and I held very still. I was in a shadow, maybe he couldn’t see me-

He raised his gun very deliberately and fired.

I jerked to the side- he obviously couldn’t see clearly, it missed by a mile- but my center of gravity was suddenly off, seriously wrong- I tried to regain my balance, couldn’t, and plunged over the side. I yelped.

Fortunately there was a little snow on the ground; my fall was partially cushioned. As I hit, though, the wind was knocked out of me. My wrist burned- Sprained? Broken? I could still move it- and my tailbone screamed in pain. I would probably have some lovely bruises later…

I struggled upright, hoping to take off. But I was only to my knees before Aaron Redjak was standing in front of me, keeping his weapon ready, and I stopped where I was.

“What do we have here?” he mused, pacing slowly around me. “Two fish in the same net? I hadn’t thought there would be any accomplices… Or are you just a common burglar?”

His eyes fell on a glint of metal I’d stuffed into my sleeve, and he bent over and pulled it out. I didn’t resist. He examined a diamond necklace, set in white gold, a present for whatever unfortunate girl he picked up next. It was worth at least thirty thousand; I watched my haul go up in smoke. Recognition sparked in his eyes, and when he spoke he sounded both amused and incredulous.

“Are you… stealing from me?”

My eyes flicked to the body a few feet away, then up at Redjak, standing beside me. “Are you going to kill me now too?”

“Yeah.” He smiled benignly and glanced at the necklace again- which was a mistake.

When you’re in a kneeling position, it’s puts you about at a level halfway up most people’s legs. I suddenly slammed my elbow into the back of his kneecaps and his legs crumpled like a rag doll’s. He hit the ground instantly, hard, and the gun went off but was aiming nowhere near anything important, he tried to grab at me, missed, and I cracked him over the head and he went limp.

A frigid breeze blew. I stood up carefully, throbbing. Redjak was lying out cold on the ground. I took the necklace back and disarmed him. A few feet away was the second body- Listenger. Slowly, I moved over and crouched at his side.

The look on his face was defiant to the last- angry even. But I detected a hint of despair, too. Failure. He’d never be able to get the disk (whatever was on it) to Concorde (whoever he was) now… shame. It probably would have been a real blow to Redjak, too…

Peeking out of the corner of his coat pocket was a paper case- inside was a CD. Carefully, I slid it out. In shaky permanent marker was written ‘Adrian Concorde’, and that was all.

I looked at it, then at Listenger, then at Redjak, and then I made a decision I have never been able to explain since.

“I’ll find him,” I whispered to the body, sliding his eyes closed. “I’ll find Adrian and make sure he gets it.”

I stood up, still staring down at Listenger, sliding the disk back into its case. “You were right,” I told him, and laughed. The snow swirled around me in the dark. Time to get going… 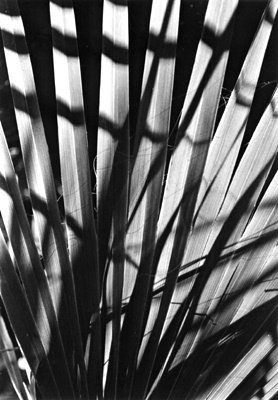 Favorite Quote:
“Substitute "damn" every time you're inclined to write "very"; your editor will delete it and the writing will be just as it should be”- Mark Twain

View profile
five books!!:O! are any of them published? i definably agree that short stories are easier--i have never written a book, though i have written plenty of things that would make me cringe to read them now :P:P:P
Imaginedangerous PLATINUM said...
on Jan. 23 2012 at 5:31 pm
Imaginedangerous PLATINUM, Riverton, Utah
31 articles 0 photos 402 comments
View profile
I'm working on my fifth book. (Athough I only think two of them are any good. The first one was a fantasy novel written in the sixth grade that makes me cringe when I read it now. :) Books are fun because you have a lot more room for plot- but short stories are easier.
__horizon133 PLATINUM said...
on Jan. 22 2012 at 6:32 pm
__horizon133 PLATINUM, Portage, Michigan
26 articles 0 photos 231 comments

View profile
i found your profile from someone else list of favorites in the comments of another piece. Darkmountain is right: you should be published by now. I know you've got stuff in the magazine, but you should start writing some legitimate books, if you haven't already.
DarkMountain BRONZE said...
on Dec. 18 2011 at 3:16 pm
DarkMountain BRONZE, Portland, Oregon
4 articles 0 photos 39 comments

Favorite Quote:
My eyes feel so heavy when the stars are calling me
- Join with us eternally -
I'm falling in deep trance and my powers are weakening
I'm falling in a world between dreams and reality
... I'm sailing away to undiscovered seas...
Oh time...

View profile
I'm surprised I had to look pretty hard through the fiction section to find this- it's much better-written than a lot of the other stuff at the top. And it even has guns! I really liked the writing, and though it probably wouldn't quite fit into a novel, I could still see this kind of writing easily published. Very good!
(:Me:) said...
on Feb. 20 2011 at 10:39 pm
Awesome story! You could probably be a bestseller if you published a novel