Weather: A Factor That Influences Emotions

As a common event in our world, weather seems to have a minimal effect on our everyday life. However, previous research showed that weather has a major effect on our lives, and that a person’s personality and traits can affect that person’s views on weather. Thus in this experiment, the researchers aim to find out how different factors affect weather’s effect on a person. The researchers recruited 93 participants from a high school in New York, and showed the participants videos of different weather patterns, which are snowy, rainy, sunny, cloudy, and windy. Then they investigated all participants on three variables: birthplace, gender at birth, age. The researchers also investigated how each participant thought about the weather patterns shown in the videos. The data collected were then used to perform a Two-Way ANOVA test in VassarStats, and the p-value of birthplace, gender, and age were 0.752, 0.333, and 0.0011 respectively. Age stood out as a significant factor (p≤0.05) that affects the data the most. Therefore, the researchers concluded that age affects a person’s view on weather the most.

Thinking of a thing to describe our mood, most of us would probably choose weather. For example, sunshine often represents a positive mood while rain represents a negative one. However, have you ever considered why people would do that? Clearly, this is an everyday thing that most people don’t pay attention to. In this project, we dig deep into the relationship between weather and emotions, and we are trying to answer this question: In what way does weather affect your mood?

Well, let’s start with looking at some previous research. In a 2013 study(Haslam, 2013), an attractive male confederate approached unaccompanied young women and solicited their phone numbers. “I just want to say that I think you’re really pretty”, he cooed. “I’ll phone you later and we can have a drink together someplace”. “Antoine” achieved an impressive success rate of 22% on sunny days but only 14% when it was cloudy. Another Research by Sydney’s Joseph Forgas shows that sunshine can also affect our mental sharpness. Shoppers were quizzed about ten unusual objects – including a toy tractor and a pink piggy-bank – that had been placed in the check-out area. They correctly recalled seven times as many objects on cloudy days as on sunny ones. “When it gets dark and dreary out, some people definitely have more susceptibility to feeling lonely or down. It’s pretty common to see a change in mood -- such as feeling sadness or lower self-esteem -- when it’s rainy outside.” says Tecia Evans, a clinical psychologist. One research in 2008(Denissen, 2008) indicated that “Sunlight had a main effect on tiredness and mediated the effects of precipitation and air pressure on tiredness.”Overall, the researches all indicate that a good weather(for example, sunlights)has a relatively significant effect on a downcast person, but does not make a happy person happier.

In other experiments that are not directly related to our topic, we also found clues that can potentially help our experiment. For example, in a 2018(Veleva, 2018) experiment, researchers dug deep into the effect of ultraviolet light, or sunlight, on mood. They found out that ultraviolet light can incite a chain of endocrine, immunologic, and neurohumoral reactions that can potentially change a person’s emotion in a positive way. This information is important to me because it makes me consider how ultraviolet light might affect my experiment. This provides useful information for me. In fact, other related experiments that I found would also provide useful hints for my own research.

From all the experiments above, we can conclude that good weather such as sunlight often makes people happier, while bad weather such as fog produces more depressing emotions. However, this conclusion might not be accurate since everyone has a different understanding of weather, so it is necessary to perform a similar experiment to confirm that conclusion. So the purpose of our experiment is to find out how different weather patterns affect one’s emotions, and to confirm the conclusion made previously in the paragraph.

The expected number of participants of the experiment was 93. The plan of recruiting participants were to ask certain teachers about interrupting their classes and to investigate the students in those classes. The plan included students from the whole school since the experiment needed variations of age groups. The participants varied in genders and age groups, meaning that the students investigated were from different grades. The experimenters investigated people of all genders. In addition, because of several limitations as well as human subject concerns, the investigation would only be for the people inside a high school in New York State.

In the experiment, there were three experimental groups (variables): gender, age, and birthplace. The experimenters compared each group with the effect of different weather patterns on the human subjects in every group using a Two-Way ANOVA in VassarStats. They planned to go into at least three classrooms. All participants were investigated on the three variables, but gender was not a required variable. During the investigation, there were several things that the experimenters had to keep constant. For example, the questionnaires handed out to every participant are the same. The experimenters also attempted to keep the environment of every classroom the same, so that the participants would not be distracted by the environment, but it was extremely difficult to perform.

The researchers used Two-Way ANOVA to analyze the data since they were to relate two independent variables in the experiment. The analysis was mostly done in the software VassarStats.

In conclusion, the experiment was quite complicated since there were many variables that may potentially affect the results. Also, as a matter of fact, it took the experimenters a significant amount of time to analyze the datas and put them into visual representations. The process of analysis will be further discussed in the next section.

Chart #1: Pie Graphs of the results from the experiment.

These results were then put into VassarStats, an online analysis website, to determine their relationship with the three factors: gender, age, and birthplace. The experimenters used a Two-Way ANOVA to get the final results, which are demonstrated in the graphs below.

The p-value of two out of the three factors indicated that there was no significant correlation (P>0.05). More specifically, the p-value of gender was 0.333 and of the birthplace was 0.752. By using the Two Way ANOVA test method, it demonstrated there was no significant relationship between how gender and birthplace would influence people's mood. However, the p-value of age was 0.0011, which revealed a significant correlation(P<0.05) between age, which indeed impacted people’s view on weather. Based on the results, the experimenters can conclude that age is one of the most significant factors influencing weather’s effects on people.

The results of this study were similar to many other studies done in the past. As an example, a study (Denissen 2008) indicated that the effect of weather on individuals depends on individual differences, thus there was no significant connection between personality and weather’s effects. Another study done in 1999 (Lucht, M.J., & Kasper, S. 1999) indicated that gender does not have a significant effect on a person’s views on weather, which supports the results the experimenters got in this research.

Despite all the limitations, the results of this experiment were mostly precise. This means that age of a person can be a major factor in how weather affects that person’s mood. Though the experimenters did not find the exact correlation between age and the effect of weather on a person, this information can still be important since aging is a major part of daily life, and it would be important and interesting to know what and how age can affect a person’s moods.

The research was on how people viewed weather as they have different characteristics and how different weather affects a person. The researchers used Two Way ANOVA in VassarStats. Rain was proved to be the most influential factor, while sun was the second influential one. Only Age had a significant correlation on how people view weather. Limitations could influence the results, but not that severely in this experiment.

Nick Haslam Professor of Psychology. (2022, May 17). Here comes the sun: How The weather affects our mood. Retrieved May 17, 2022, from theconversation.com/here-comes-the-sun-how-the-weather-affects-our-mood-19183

Taylor, J. (n.d.). Does weather affect your mood? Retrieved May 17, 2022, from webmd.com/balance/features/can-rainy-days-really-get-you-down 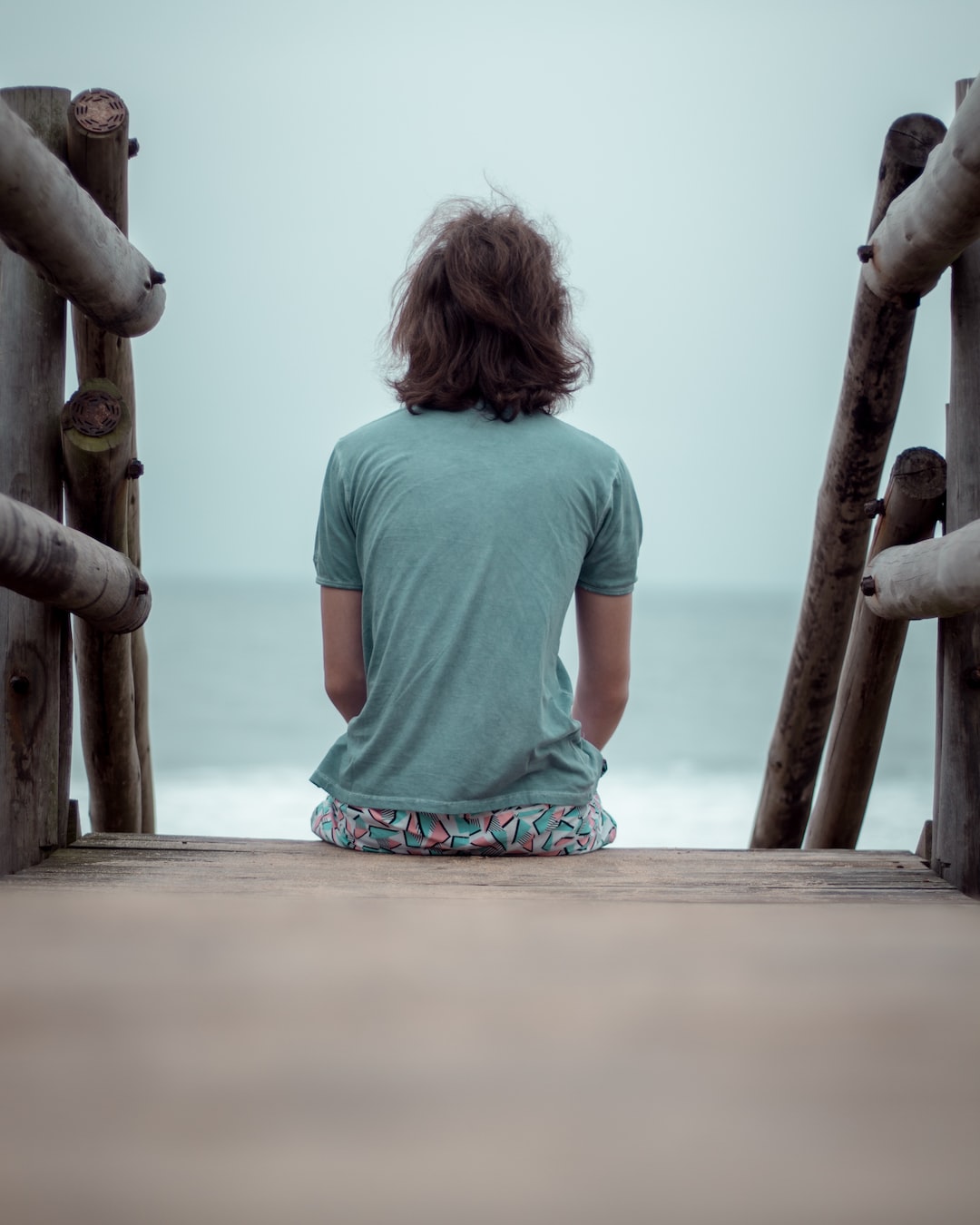 Photo by Quinton Coetzee on Unsplash